As we count down the days until Seabourn Ovation joins our fleet in May, we are excited to share updates about our beautiful new ultra-luxury ship with you. 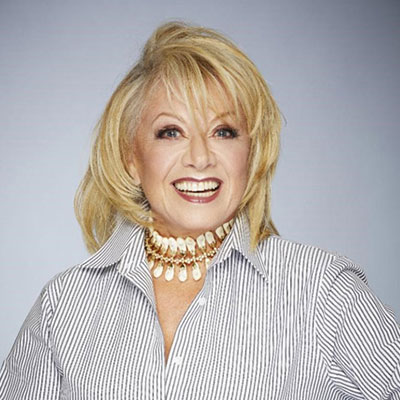 Highly acclaimed British singer and actress Elaine Paige has been named godmother of Seabourn Ovation. She will preside over the naming ceremony that will take place Friday, May 11, in the beautiful baroque harbour of Valletta, Malta, during a spectacular event that will light up the dramatic UNESCO World Heritage site and the 2018 European Capital of Culture.

Elaine Paige's biography reads like a "who's who" of the stage musical. She originated the role of Eva Peron in Evita, followed by Grizabella in Cats and Florence in Chess. With an impressive and glittering roster of accolades, Elaine bears the unofficial title of "The First Lady of British Musical Theatre." In 1995, she was awarded an OBE (Order of the British Empire) for services to Musical Theatre by HM Queen Elizabeth II.

When not performing, Elaine works tirelessly for charities including The Children's Trust. She is President for the Dan Maskell Tennis Trust, an Ambassador to the Royal Voluntary Service and an Artistic Associate of Mountview Academy of Theatre Arts. Other charities include Breast Cancer Campaign, the Royal Academy of Dance Silver Swans, and Support Dogs just to name a few.

We are thrilled to have such an accomplished performer introduce Seabourn Ovation on her maiden voyage. 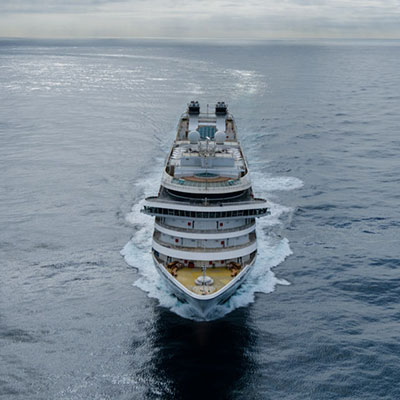 In March, Seabourn Ovation completed her final round of sea trials in the Mediterranean off the coast of Italy! Our newest ship departed the Fincantieri shipyard on March 14 for four days at sea, where a team of officers and engineers tested the ship's technical and mechanical systems. Seabourn Ovation returned to the shipyard in Genoa on March 18, where staff and workers are putting the final touches on the ship. The delivery ceremony of the ship is on schedule to take place

Stay up to date with all the news about Seabourn Ovation as she gets closer and closer to launch at the ship's dedicated microsite. Better yet, join her on her maiden season voyages! Seabourn Ovation will spend the majority of her maiden season cruising the waters of Northern Europe, offering a series of seven-day Baltic and Scandinavian sailings between Copenhagen and Stockholm, which will include our signature three-day stay in St. Petersburg, Russia. Seabourn Ovation will also sail on longer 14-day voyages, visiting the majestic Norwegian fjords and British Isles.

Book your cruise on the finest luxury hotel in the world…that just happens to be at sea during our Extraordinary Opportunity Event and enjoy even more benefits. For more information, please contact a travel professional, call Seabourn  or visit www.seabourn.com.