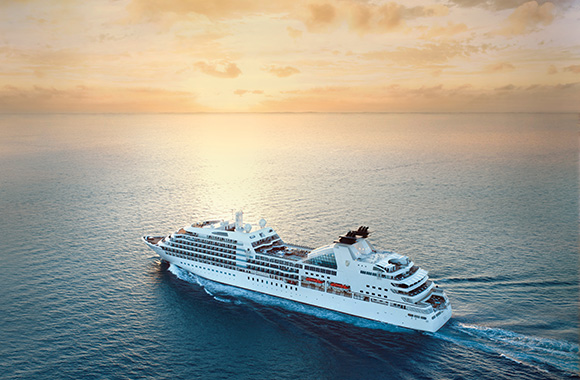 We will be dazzling guests sailing on our 146-day World Cruise: Extraordinary Destinations with a jam-packed entertainment schedule aboard Seabourn Sojourn. Set to depart Miami on January 4, 2020, and end in San Francisco on May 28, the voyage will delight travelers by making 62 ports of call, along with a range of musical productions, deck parties, and onboard enrichment programming designed to excite every passion and satisfy every taste.

Seabourn’s first World Cruise in six years will offer a wide variety of entertainment by Belinda King Creative Productions, performed by a rotating cast showcasing their talent throughout the voyage. The shows include “An Evening with Tim Rice,” a concert-style presentation celebrating the acclaimed English musical theatre lyricist whose work — Jesus Christ Superstar, The Lion King and many more — has earned him a place in an exclusive group earning an EGOT; winning an Emmy, several Grammys three Oscars, three Tony’s not to mention three Golden Globes over the course of his career.

As the saying goes, “all the world’s a stage,” and Seabourn is going to be taking the stage to sea with a world-class lineup of musical performances, celebrations, and engaging programming for guests to enjoy throughout our World Cruise.

The World Cruise will play off the various regions on its itinerary to treat guests to themed deck parties with local entertainers boarding Seabourn Sojourn to “Celebrate Africa,” “Celebrate Asia,” “Celebrate Polynesia” and more. There will also be a host of smaller deck parties, such as “Farewell USA” out of Miami, “Opera Under the Stars” with Venetian masks for everyone, and a “Roaring ‘20s Speakeasy” party with creative cocktails celebrating the days of drinks of the sly gone by.

The World Cruise will further feature themed dinners at The Colonnade, performances by local entertainers, exhibits by artists-in-residence, and the always-popular Seabourn Conversations onboard enrichment program with distinguished speakers invited to illuminate guests on a wide array of topics from politics to culture, and adventure to the arts. Featured speakers scheduled to appear include John Creighton, NASA Space Shuttle astronaut; Zelda La Grange, former private secretary to Nelson Mandela; and Sir Alan Collins, former British diplomat and more.

View the full World Cruise: Extraordinary Destinations itinerary. For guests who chose not to sail the entire 146-day voyage, we offer shorter segments ranging from nine to 116-days.