This month, two of our ships resume service with Seabourn Ovation currently sailing in Greece and Seabourn Odyssey in the Caribbean beginning July 18. The teams have been waiting for this day and they’re very excited to welcome you back on board. Everyone is working hard to ensure you feel right at home when you arrive, from preparing the suites and rehearsing shows to perfecting delicious dishes and tasty cocktails. Most of all, they are looking forward to catching up with friends who have been away for a while to share stories about their experiences over the past year.

Leading our extraordinary onboard teams for these exciting “first voyages” is a group of talented senior officers with vast experience on the high seas and luxury service. They include:

Captain Stig Betten — Betten was born and raised in a small village called Surnadal on the west coast of Norway. Hailing from many generations of seafarers, it was natural for Betten to follow in the footsteps of his father, grandfather and great grandfather by choosing a career at sea. Betten began his seagoing career in 1997, initially with a Norwegian seismic exploration company. He joined Seabourn in 2001 and has worked his way up the ranks from Second Officer to Captain. He was captain of Seabourn Ovation when the ship was launched in 2018, and has also worked on the other ships in the fleet. 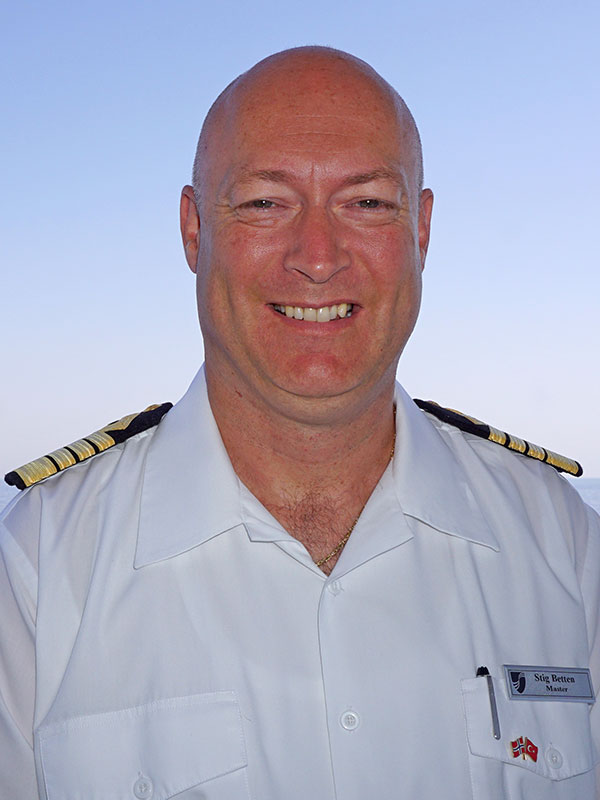 Hotel Director Kevin Huxham — Born and raised in the Western Province of South Africa in a beautiful town in the winelands of the Boland called Paarl, Kevin started in the hospitality industry at 16 and quickly realized his passion for hosting and entertaining any event he could. After school, he moved to Cape Town and quickly opened all the doors to any given opportunity. He completed his studies at Damelin College in 2002 and prides himself for being one of the very first South Africans to be interviewed for Seabourn and Cunard Line at the time. After his White Star academy training, he joined Seabourn Pride in 2003 as a waiter and with much hard work and dedication, he worked his way up the ranks to hotel director. 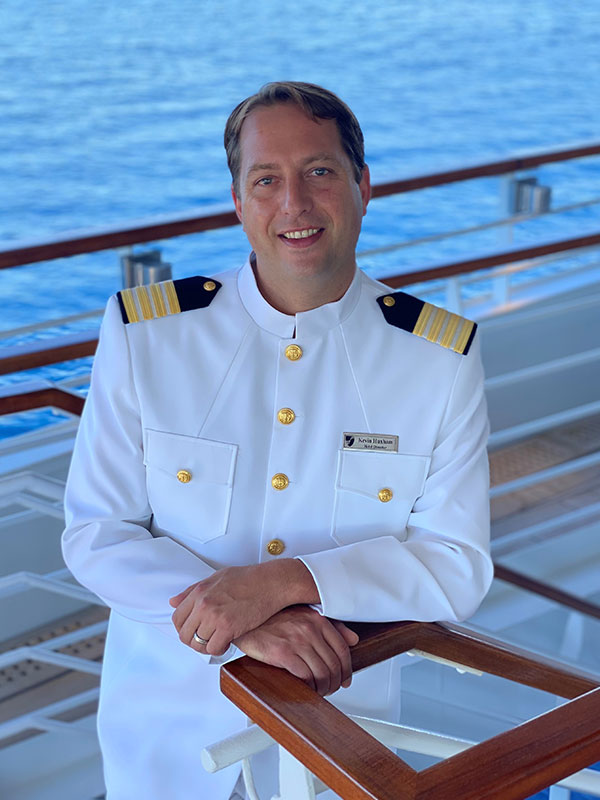 Guest Services Manager Jo Marie Van Biljoen — Jo’s Seabourn story began back in 2008, when she joined as a nail technician in the spa on Seabourn Pride. Since then, she moved from the beauty department to housekeeping, where she was a suite stewardess. She then made the leap over to the always helpful Guest Services team, moving up through the ranks to become a Guest Services Manager. 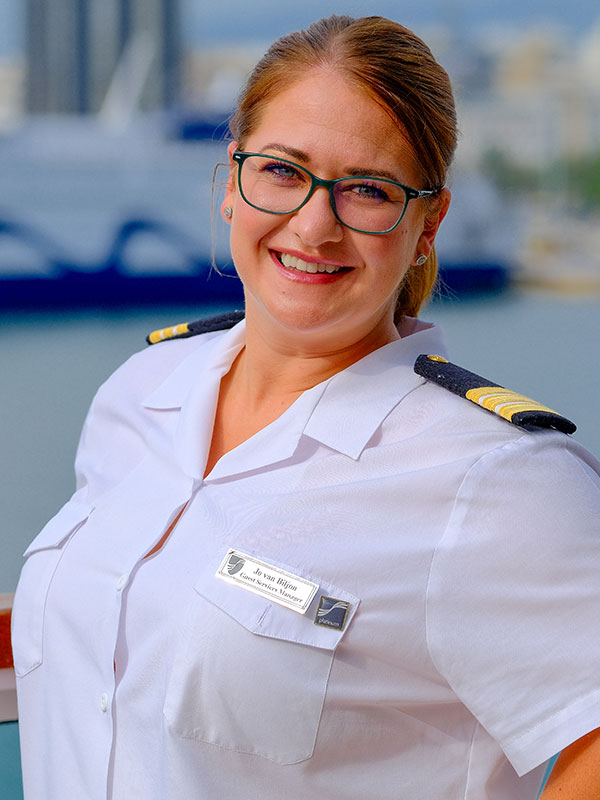 Cruise Director Ross Roberts — When Seabourn Ovation begins to sail in July, it will mark Ross’s sixth year with Seabourn. An amazing performer who is always keen to make guests smile, Ross is also dedicated to spreading cheer in his local community in the UK. He volunteers for a number of charity events and projects, including Help Rwanda Project, where he helped raise money to support a young man’s education. 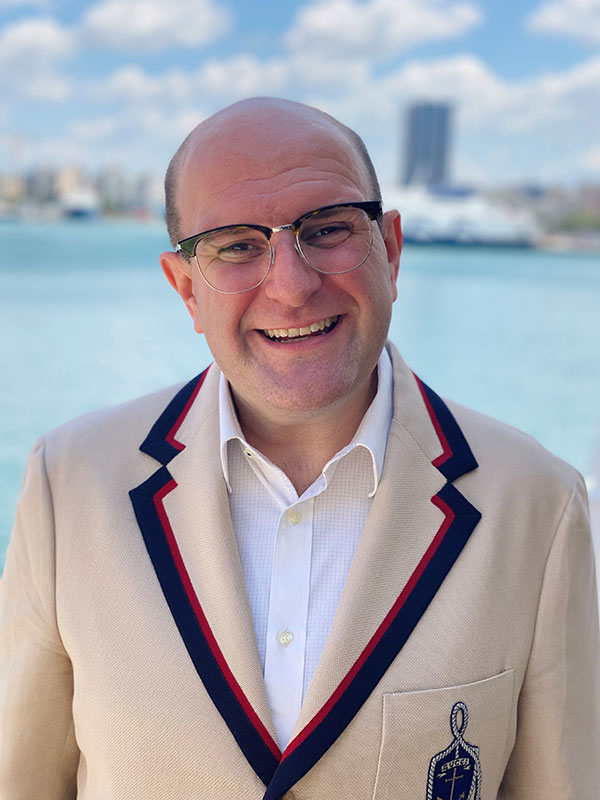 Captain Krasimir Radev — Born in a small town in the middle of Bulgaria, Captain Radev acquired passion for the sea at an early age. Inspired by the adventurous life of seamen, as described in the books he had read as a young boy, he knew what he wanted to be when he grew up: not just a seaman but also a captain. He received his Master of Science degree, graduating with honors, from Naval Academy of Varna in Bulgaria and joined his first ship as a third officer. With 27 years of sailing experience, he spent 10 years on various cargo ships, going through all the ranks in the hierarchy, before joining the Seabourn family in 2005. 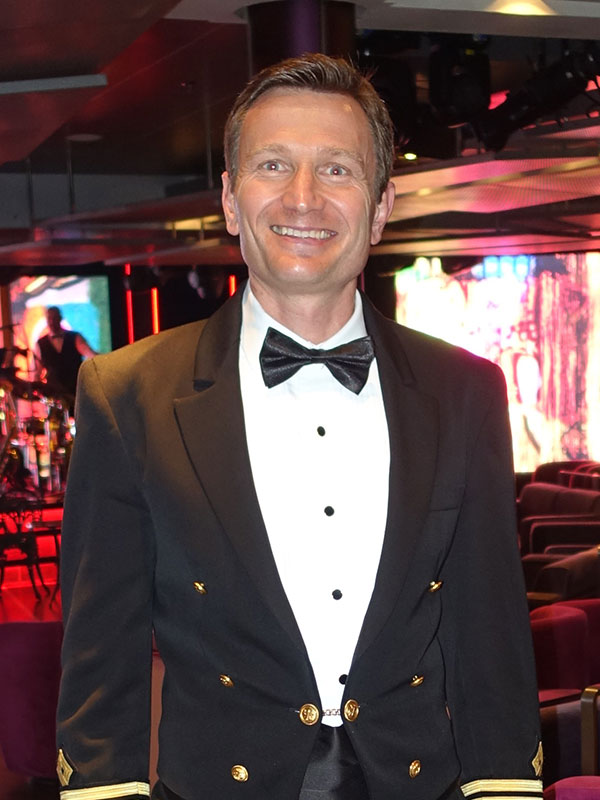 Hotel Director Stefan Drevlak — Born and raised in the UNESCO World Heritage City of Graz, Austria, Stefan started his career by training in the hotel and restaurant business when he was 16, graduating three years later. He worked in some of the leading luxury hotels in Austria and Germany as Head Sommelier and Restaurant Manager, which prepared him well for his first assignment at sea on the Sea Goddess 2 (part of the Cunard line) from 1996 – 1999 and then on Seabourn Sun from 2000 – 2001. Stefan first became Hotel Director in 2002, and worked on various luxury cruise lines for the next 13 years including three years in a senior management role for hotel operations. Throughout his career, he has gained vast experience travelling all over the globe including in expedition areas such as Antarctica, the Amazon, Asia, South Pacific, and completed several Northwest passage crossings and semi-circumnavigations of the Antarctic. In 2016, Stefan returned to his home away from home, Seabourn. In his current position of Hotel Director, Stefan loves the ultra-luxury style of Seabourn in combination with ventures, and is currently leading the restart of Seabourn Odyssey as she prepares for her return to service. 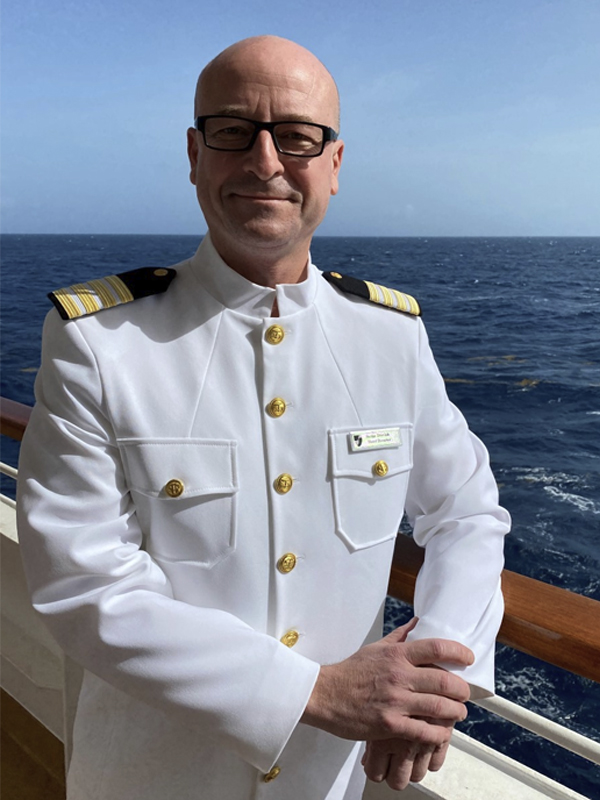 Hotel Director Luca Di Matteo — A native of Naples, Italy, Di Matteo started in hospitality cooking his mother’s recipes during his military service in the Italian Navy. Later, after earning a degree in agriculture, he decided to pursue his true passion and enrolled in hotel management school in Torquay, England. He joined Seabourn in 2001 as a waiter, and with his natural ease and confidence with guests, he advanced to maître d’ in 2005. Di Matteo transitioned to Seabourn headquarters in Seattle as Corporate Manager of Restaurants & Bars in 2012, but he returned to sea in 2017 as Food & Beverage Manager and was later promoted to his current role as Hotel Director. 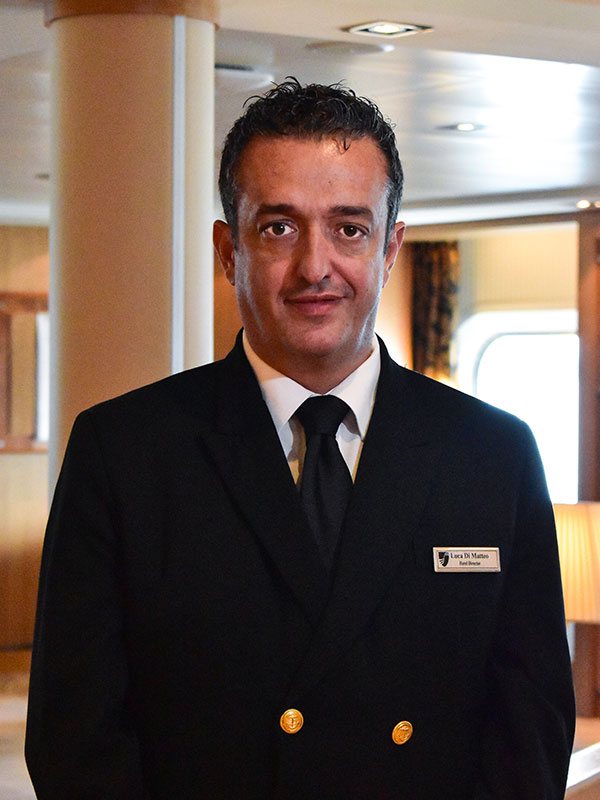 Guest Services Manager Christiane Haas — Born and raised in the beautiful country of Austria, Christiane began working in the hospitality industry from a very young age, having a tourism background stemming from her parents. She started in food and beverage as a waitress in various restaurants in Austria after high school, and then attended the Tourism School in Bad Gleichenberg, Austria, where she obtained a college diploma in Tourism and Hospitality Management. After a year of working in the Maldives and receiving her first experience in the Front Office department at a resort, she started her journey with Seabourn in 2016 as a Guest Services Operator on Seabourn Encore, where she was part of the inaugural team. Since then, she has worked on all five ships in the fleet and moved up through the ranks until she became Guest Services Manager at the beginning of 2019. 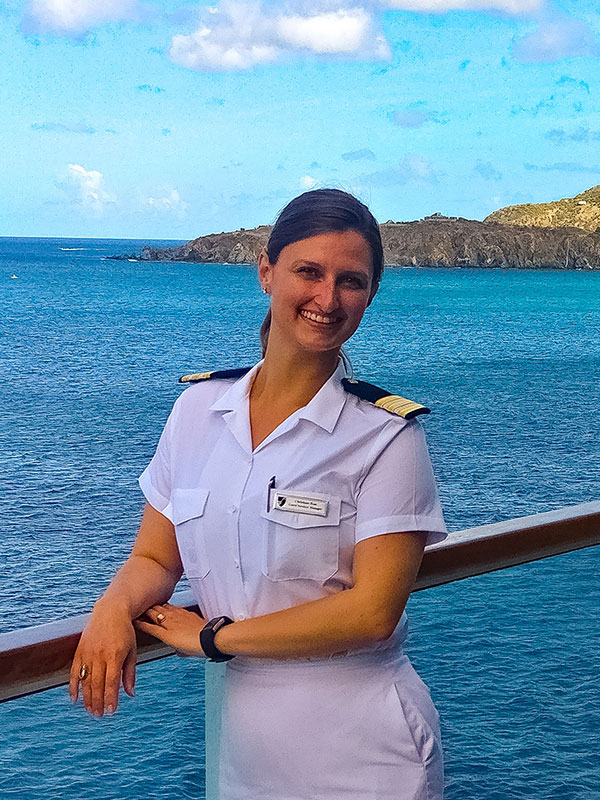 Cruise Director Robert Brendan — Robert started his professional career in a vocal group titled “The Twelve Tenors” with residencies in the USA followed by sold-out tours worldwide. He worked extensively as an entertainer all over Europe, as well as theatre tours in the UK including that old British ‘thigh-slapping’ tradition of Pantomime. He joined the Seabourn family in 2012 on glorious Seabourn Sojourn as part of the Belinda King Productions cast of singers and dancers. Following this, Robert became an Assistant Cruise Director and then eventually Cruise Director. 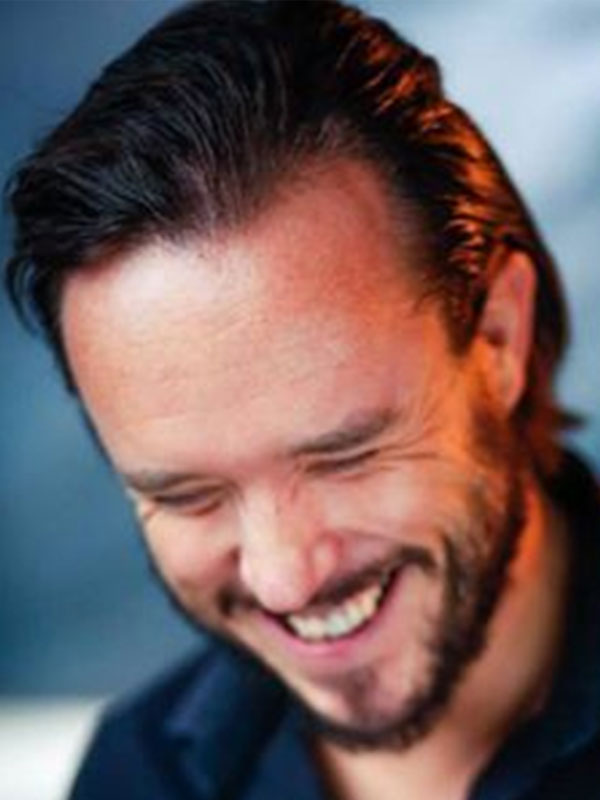 For more information about joining our sailings in the Caribbean and Greece, please contact a travel advisor, call Seabourn  or visit www.seabourn.com.