Seabourn Venture has a newly revised inaugural sailing date. The decision to change the schedule was necessary due to the ship’s progress affected by pandemic disruptions and related supply chain challenges over the past 18 months. The ship will now depart on her maiden voyage from Greenwich (London), England on April 10, 2022.

“We had the opportunity to visit Seabourn Venture at the T. Mariotti shipyard and were amazed at the design and beauty of the ship,” said Josh Leibowitz, president of Seabourn. “The ship will now launch in time for the inaugural summer season in the Arctic in 2022.”

The ship will sail two new itineraries around the United Kingdom, including the inaugural voyage from Greenwich (London). The new voyages are now available for booking. 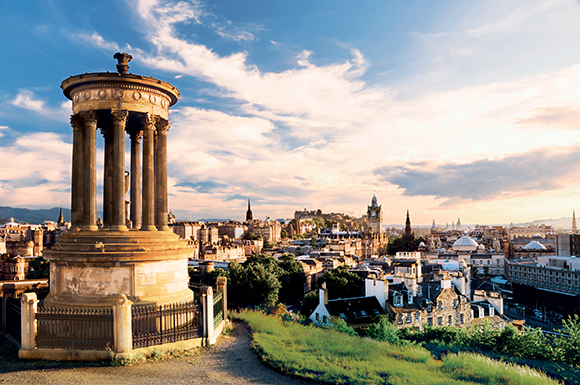 Inaugural Season
Seabourn Venture is scheduled to depart for its inaugural voyage on April 10, 2022, exploring the United Kingdom in an unprecedented way with a 12-day Wild & Ancient British Isles voyage from Greenwich (London), England, to Leith (Edinburgh). The ship will then sail on a 12-day Scottish & Norse Legends Expedition out of Leith (Edinburgh) on April 22, 2022, exploring the coastal beauty of Scotland and Norway en route to Tromsø, Norway.

From Tromsø, Seabourn Venture will embark on its previously announced deployment for its first summer season in the Arctic, starting on May 4, 2022. The ship will set sail in the Arctic, exploring many far-flung destinations in Svalbard, the North Cape and other locations in Norway, as well as Iceland, Greenland, and the Canadian Arctic Archipelago. Guests who can’t get enough of expedition cruising with Seabourn can combine the two new itineraries into a 24-day British Isles & Norse Legend Expedition voyage. For the even more adventurous, combine the two new itineraries with the following 11-day Svalbard Exploration sailing for an epic 35-day expedition voyage.

These voyages will give you a completely new perspective of beloved destinations. With a rich variety of ports, visits to UNESCO World Heritage sites, charming villages and majestic islands.

Wild & Ancient British Isles Voyage
The 12-day inaugural voyage starts from the location that gave name to the Greenwich Meridian before setting sail to see world-renowned Tresco Island and its exceptional subtropical plant haven, Abbey Gardens. Visit Dublin, UNESCO’s City of Literature, taste whiskey from one of the famous and remote Islay distilleries, and take a Zodiac® cruise to see Staffa Island and catch a glimpse into Fingal’s Cave. Head to Iona where St. Colomba established an Abbey in the year 563, watch charismatic puffins come and go from their nests on Lunga Island, and explore remote and fascinating St. Kilda — ‘the edge of the world’ — to discover its history and stories. Round out the adventure with a visit to the ancient archaeological treasures of the UNESCO site on the Orkney Islands and a Zodiac cruise to the vast seabird colonies of Copinsay.

Scottish & Norse Legends Expedition
Set sail to Fair Isle in the North Sea where 70 inhabitants live in traditional crofts amid an island covered with sheep and birds. Visit Mousa and its Iron Age round tower, admire the UNESCO site of Bergen, and take in the beautiful art nouveau city of Ålesund. Cruise by Zodiac through the majestic Lofoten Islands and into narrow Trollfjord, discover the UNESCO site of the Vega Archipelago and the eider ducks that sustain life there, and set foot on Nordkapp, the northernmost end of Europe.

Seabourn Venture will further take advantage of Seabourn’s standing as the official cruise partner of UNESCO World Heritage and offer UNESCO Partner Tours that visit a number of World Heritage sites around the globe. On the first two itineraries, the ship will visit many destinations that are home to UNESCO sites, including:

Inclusive Expedition Experiences and Equipped for Exploration
Seabourn Venture will provide a wide range of included excursions at nearly every destination it will visit. You may enjoy inclusive expedition experiences, such as hiking, snorkeling, scuba diving, and Zodiac cruising. Guests will have ample opportunities to get the most from explorations of spectacular destinations on exhilarating sea-level adventures, from cruising picturesque fjords and waterways to trekking scenic islands, and viewing and learning about birds, seals, whales, and other wildlife. In addition to complimentary excursions, the ship will also offer optional shore excursions and Seabourn Expeditions with kayaking and two custom-built submarines at select destinations. These experiences will provide close-up views of wildlife and natural scenery, as well as unforgettable intimacy with the underwater wonders of the ocean.

And don’t forget when you book: