The Scoop on Stunning Corsica

While Corsica is technically part of France, its proximity to Italy gives it a stunning combination of influences from both countries — and its world-class beaches and stunning displays of nature makes it one of Europe’s prime spots to unplug and relax.

An island in the Mediterranean Sea, Corsica is located southeast of the French mainland and west of the Italian Peninsula. While the nearest land mass is the Italian island of Sardinia immediately to the south, Corsica isn’t a part of Italy. Rather, it’s one of the 18 regions of France.

114 miles long at its longest and 52 miles wide at its widest, Corsica is the fourth-largest island in the Mediterranean (after Sicily, Sardinia and Cyprus). It’s also the most mountainous Mediterranean island, with a single mountain range covering two-thirds of its land mass. Monte Cinto, the highest peak, is 2,706 meters (8,878 feet) tall, and more than 100 other peaks measure over 2,000 meters high. Besides the predominance of mountains, there are plenty of forests (making up 20% of the island), nature reserves and hiking trails. Rounding out the geography (and a main draw for most trips to the area) are the 200+ beaches that grace the island’s coastline.

WHAT TO KNOW ABOUT TRAVELING TO CORSICA

There are four airports in Corsica — Ajaccio, Bastia, Calvi and Figari — each in close proximity to major resorts and attractions on the island. Private boats and cruises of all sizes also regularly stop here. Another option is to use ferries, which routinely depart from France and Italy; you can catch one from the French ports of Marseille, Toulon and Nice and the Italian ports of Savona, Genova, Livorno and Civitavecchia.

BEST TIME TO TRAVEL TO CORSICA

May through September are peak season here, with warm, sunny days predominating and beaches crowded with sun-bathers. April and October, though just outside peak season, are also generally very pleasant — especially for those who are visiting with more active pursuits, like hiking, in mind.

Corsica’s beaches are its main draw. Calvi Beach, one of its best and largest (and consistently most crowded), stretches over three and a half miles. Its perfectly powdery white sand — and proximity to numerous bars and eateries in Calvi, one of the most popular tourist areas of Corsica — makes it the perfect combination of beautiful and convenient. Those looking for a more serene spot will likely love Arinella Beach, just west of the town of Lumio, with its placid turquoise water and backdrop of rolling hills. Unlike Calvi Beach, it’s rarely crowded. In South Corsica, two standout choices are Palombaggia Beach — which many consider the country’s finest, with its crystal-clear waters and verdant backdrop — and Santa Giulia Beach, with its dramatically curved coastline. 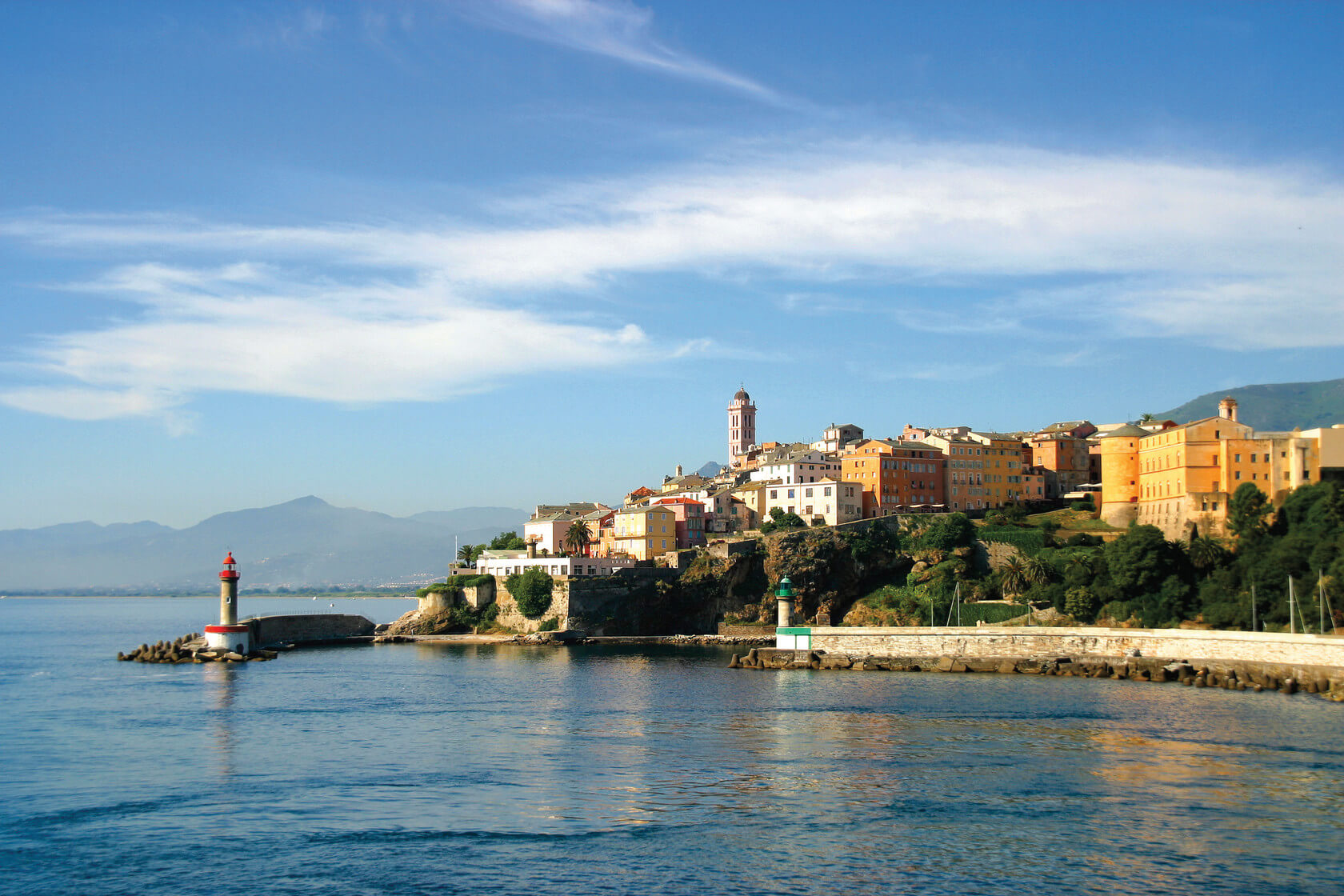 Beyond the beaches, Corsica offers plenty of other compelling sights and experiences. Like Bonifacio, a well-preserved, fortified town with relics from its medieval past still standing (from Romanesque churches to winding lanes) — all found within Corsica’s largest nature reserve, the Réserve Naturelle des Bouches de Bonifacio, with its seaside grottos and limestone cliffs. Then there’s Calvi, with its ancient citadel housing historic Baroque buildings, the most famous being the Cathédrale of Saint-Jean-Baptiste.

Besides sun-bathing and sightseeing, the island has another, more daring draw: seasoned hikers travel here to conquer the GR 20. The 112-mile-long trail, which winds through the spine of the island’s mountains, is considered the toughest long-distance trail in Europe.