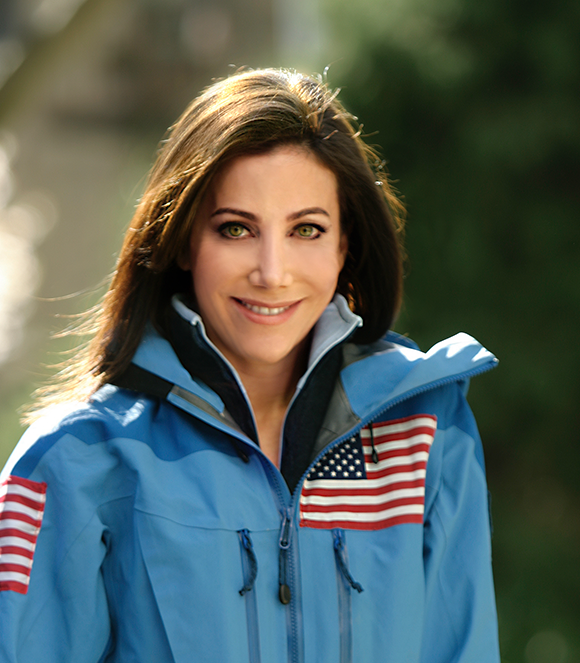 We are delighted to announce that global adventurer, mountaineer and polar-explorer Alison Levine will serve as Godmother of Seabourn Venture, the first of our two new ultra-luxury purpose-built expedition vessels.

“With her extraordinary history of travel and adventure, familiarity with the most striking of destinations, and her deep roots in the expedition world, Alison is a perfect choice to send Seabourn Venture off to explore the most-remote corners of the globe,” said Josh Leibowitz, president of Seabourn. “We are excited for Alison to take the mantle as Godmother of our first expedition vessel, and we’re certain she will embrace her role with the same passion she brings to everything she does.”

“I am truly honored and beyond excited to have been asked to become Godmother of Seabourn Venture and to be part of the line’s new chapter in expedition cruising,” said Levine. “I’m thrilled to be representing a company that embodies what the true adventure and expedition spirit is all about.”

Alison is an idyllic choice for Godmother of Seabourn Venture, which is being built to seek out adventure and natural wonders around the world. A native of Phoenix, she served as team captain of the first American Women’s Everest Expedition in 2002, and in 2010 completed her bid for the Explorer’s Grand Slam which includes climbing the Seven Summits – the highest peak on each continent – as well as skiing to the North and South Poles.

She has also seen success in the business world, having earned her MBA from Duke University and worked in the pharmaceutical industry as well as on Wall Street with Goldman Sachs. After turns as deputy finance director for Arnold Schwarzenegger’s successful bid to become Governor of California and as an adjunct professor in the Department of Behavioral Sciences & Leadership at the U.S. Military Academy at West Point, she went on to become one of the world’s most in-demand leadership consultants and keynote speakers. She is the author of the New York Times bestseller, “On the Edge: Leadership Lessons from Mount Everest and Other Extreme Environments”, which chronicles the lessons she learned on her various expeditions. In 2019 she received the Ellis Island Medal of Honor, an award she shares with seven U.S. Presidents and numerous Nobel Prize winners.

Alison has also shared her experiences, insights and tales of adventure with guests of Seabourn through Seabourn Conversations, our popular onboard enrichment program, aboard Seabourn Sojourn in December 2019. It was her first-ever cruise – a trip she never thought she would do – but she admits she is hooked and looks forward to more travels by ship in the future.